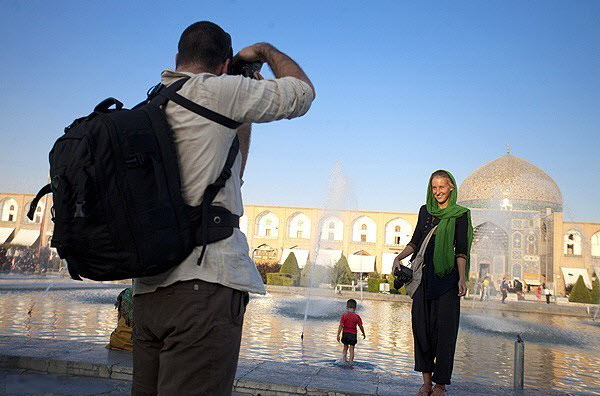 Day 1 Tehran, Shiraz
Our today visit incorporates the Golestan Palace (a perfect work of art of the Qajar period and a wellspring of motivation for Iranian craftsmen and designers to the present time); National Museum of Iran (which displays relics from the sixth thousand years B.C. till the Islamic time); Glass and Ceramics Museum (the interior  and exterior of which involve such decorations as plaster works, brick works, mirror works and inlaid works); and possibly Treasury of National Jewelry Museum (which is home to one of the world's most precious jewelry collection). We fly to Shiraz in the evening.

Day 2 Shiraz
Today sightseeing of Shiraz will start with a tour of the old town which contains Nasir Almolk Mosque with its unique stained-glass windows; Arg-e Karim Khan; Vakil Mosque; and Narenjestan with a house-museum. After a walk through the old town, we are going to visit the Tomb of Hafez, a famous poet who has lived all his life in Shiraz and glorified the love of life. Next, we are going to have a look at the Shah Cheragh Shrine (a peaceful spot with a serene atmosphere to get a look at Iranian Shia holy shrines).

Day 3 Shiraz, Yazd
We are going to drive to Yazd visiting three major spots on the way. We have an opportunity to take a glance at the UNESCO World Heritage site Persepolis which was at one time the capital of the Persian Empire. After exploring Persepolis we move to Naqsh-e Rustam, on whose territory there are four tombs belonging to Achaemenid kings. 70 km from Persepolis is another ancient capital, Pasargadae, which is home to the Tomb of Cyrus the Great (the founder of Empire). We’ll arrive in Yazd in the evening.

Day 4 Yazd
In the morning, after breakfast, we stroll through the old town with its narrow streets where time seems to have stopped. We aim at visiting the Jameh Mosque with the highest minarets in Iran; Water Museum, where you can see models of underground water channels through which water enters the city's reservoirs; Dolat Abad Garden with the largest urban windcatcher; Zoroastrian Fire Temple that holds a 1500-year-old fire (Eternal Flame); and Towers of Silence – (used for Zoroastrian death ceremonies and funeral customs in the past).

Day 5 Yazd
In the morning, after breakfast, we are going to visit the 600-year-old Amir Chakhmaq square which contains the three-storied Amir Chakhmaq Mosque with symmetrical arches across the facade. Driving to Isfahan we make a few stops, on the way, in Meybod for exploring the picturesque Narin Castle, Pigeon Tower (with its utilization for agricultural purposes); old Caravanserai Complex, and Meybod Ice House (used to store the ice throughout the year). Arriving in Isfahan in the evening, we have enough time to walk through the bridges.

Day 6 Isfahan
Our full-day tour of Isfahan will begin with a visit to one of the largest squares in the world Naqsh-e Jahan, situated around the perimeter of the impressive Imam Mosque, Sheikh Lotfollah Mosque (a work of outstanding artistry, expertise, and craftsmanship), and the Ali Qapu Palace (an example of finest Iranian art). After lunch, we'll visit the UNESCO World Heritage site, Chehel Sotoun Palace and Garden (with its magnificent veranda). Next, we’ll visit the Persian Bazaar to be introduced to the Iranian handicrafts and workshops.

Day 7 Isfahan
Our today’s city tour begins, in the morning, by visiting the Jaam’e Mosque (an architectural treasure encapsulating different Persian architectural and decorative styles over 12 centuries). Next, we are going to take a glance at the historical Vank Cathedral. It is a Christian cathedral— Similar to a mosque— with the lavish interior, also known as the Church of the Holy Savior). The paintings in the church are impressive and the combination of Islamic architectural styles and Christian patterns are eye-catching.

Day 8  Isfahan
We are moving to Tehran—on day of our tour in Iran— aiming at visiting Abyaneh (a village of living traditions and architectural styles). Next, we make a few stops to see several houses showing the characteristics of traditional Persian residential architecture (for example, Borujerdis House, Ameri House, and Abbasi House), and the glorious Agha Bozorg Mosque (used as a mosque and also as a theological school). We then visit (the UNESCO World Heritage site) Fin Garden in Kashan before leaving to Tehran Imam Khomeini International Airport for departure.

Please contact us for more info:
This email address is being protected from spambots. You need JavaScript enabled to view it.